During our divetrip to the Similan and Surin island in the Andaman sea I found some seagrass (a Halophyla sp. >8 cross veins) growing very deep, between burrows of the shy spotted garden eels. While I know that some species are found much deeper, e.g. 50m deep (Beer et al. 1982) I was quite happy finding it as a variation to the depressing coral reef. This reef consisted of 90% dead coral probably as a result of the 2004 Tsunami, 2010 Bleaching event (after some months with 34C water temperature, in contrast to the normal 29C), and some local dynamite fishing. 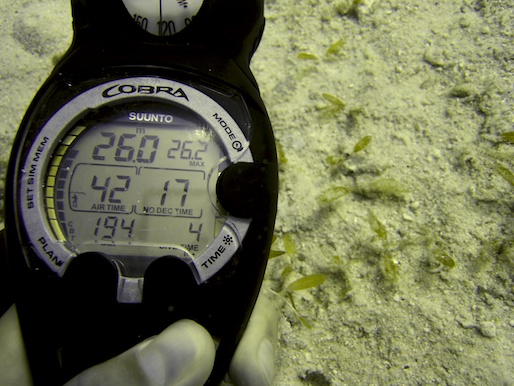