After spending so much time on Derawan where green turtles are so abundant we wanted to compare Derawan with other foraging grounds in Indonesia. Wakatobi was our first destination. In contrast to nesting sites of which a lot is known. It is unclear where the green turtles forage in Indonesia, so the majority of the time we spend searching for foraging grounds. The local Bajau people spend all their time at sea and were the most helpful in pointing us in the right direction. The Bajau is the same “tribe” that settled in Derawan but in contrast to Derawan they do hunt adult turtles. So the further away from the villages the most likely to find foraging grounds. In Wakatobi, green turtles graze in highest densities on the South reefs; Karang Kapota, Karang Tomia, Karang Koko and Karang Kaledupa, and around the outer Islands were they also nest. Pulau Runduma, Pulau Anono, Maramoho. 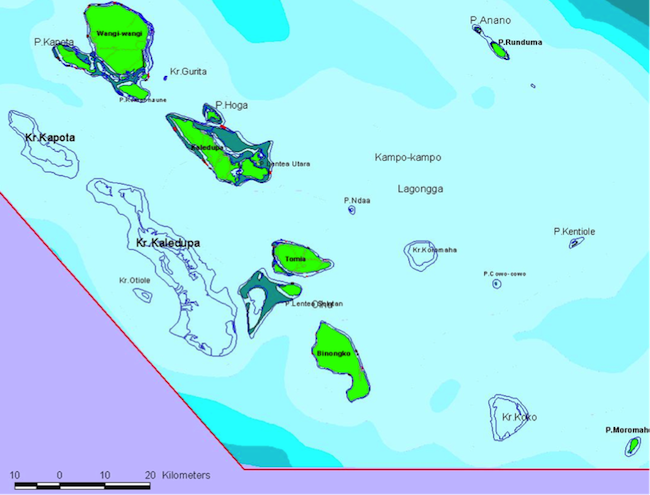 Overall we spend our most time looking for the turtles instead of finding them. We did several surveys of seagrass meadows to look for grazing evidence and suitability for grazing. The turtles we found most were Hawksbills and not the Greens we were looking for. But there is some evidence that on the South reefs the densities are far bigger. Time to go back some day. An impression of the conditions can be seen below.