Skip to content
Within the Dutch Caribbean, green and hawksbill turtle rookeries and foraging grounds are found. Green and hawksbill turtles have been decimated by human exploitation and habitat degradation, calling for knowledge of population structure and demographic history. Here we investigate migration patterns in these highly migratory species and evaluate current population status. In other words: How many turtles were there and where to they go? Those are the central questions in my PhD which I will address using population genomics and ancient DNA. 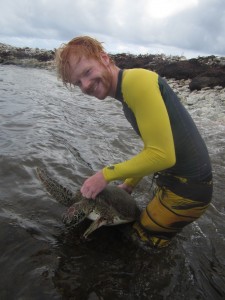